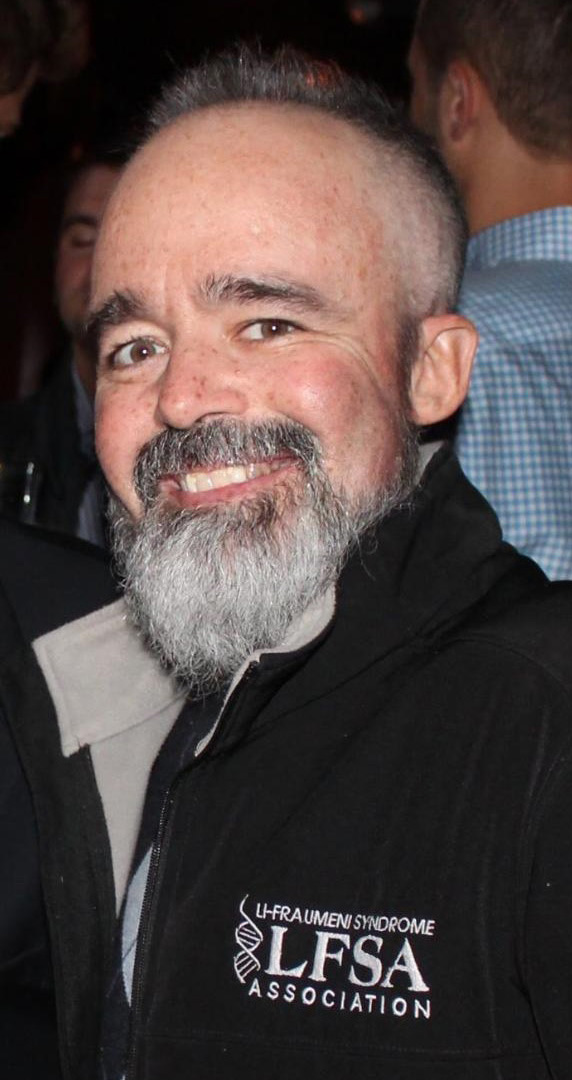 One Family’s Story of Living with LFS

John Berkeley was first diagnosed with cancer in 1973 when he was five years old. John had taken a fall while playing outside which resulted in a bump on the back of his head. When his parents noticed a few days later that the bump had not gone down, they took him to the doctor. John was diagnosed with rhabdomyosarcoma – a rare cancer that grew at the base of his skull, within the soft tissue of the muscle.

In 1978, John’s six-year old baby brother, Rob, received a bruise on his leg while playing outside that also failed to heal. Rob was diagnosed with osteosarcoma – cancer of the bone.

In the early 1990’s, John’s father had been diagnosed with several soft-tissue sarcomas. It was at this time that the Berkeleys – those who already had cancer – received genetic counseling and tested positive for Li-Fraumeni syndrome, the inherited, genetic predisposition to developing multiple cancers, often rare, and often early-onset.

Tragically, Rob was killed in a car accident in 2004, and John’s father passed away from pancreatic cancer in 2007. Then at age 42, John was diagnosed with myofibroblastic sarcoma – yet another rare cancer of the soft-tissue.

John and his family were all treated at the Dana-Farber Cancer Institute in Boston. They were also enrolled as one of the first families followed in the long-term Li-Fraumeni Syndrome Study based at the Division of Cancer Epidemiology and Genetics, National Cancer Institute (NCI), Bethesda, Maryland. It was during John’s annual whole-body MRI screening at NCI in 2016 that a mass was detected on his cerebellum. Within days, John underwent brain surgery back home in Boston, and the pathology report returned a diagnosis stage IV glioblastoma – a particularly aggressive cancer of the brain. For over a year later, John continued to receive treatment to keep his cancer at bay.

John realized early on that little information was available on Li-Fraumeni syndrome (LFS). So when the National Cancer Institute’s Division of Cancer Epidemiology and Genetics offered to open the 2010 international LFS conference to patient families, John took advantage of the opportunity. It was at this workshop that the world’s leading LFS researchers were able to collectively collaborate with patients, and where John first met other families living with LFS. It was here that the Li-Fraumeni Syndrome Association (LFSA) was born: patient families organized their desire to provide awareness, information, and support, worldwide, with John at the helm as the inaugural president!

Sadly, John passed away in August 2018 after a fierce struggle with Glioblastoma Multiforme brain cancer. John is remembered as a loving husband of Lois Berkeley and an amazing and engaged father to Mallory and Zachary.